\"If I decide to run for office, I'll produce my tax returns, absolutely,\" Trump said in 2014. \"And I would love to do that.\" The following year, Trump told conservative radio talk show host Hugh Hewitt: \"I would certainly show tax returns if it was necessary.\"

“If they do this to my father, who won’t they do it to?” The answer is, they won’t do it to people who don’t break the law. I’m afraid your time is up. ✌🏻

He lost the House, the Senate and the Presidency all on his own tho.
There's that. 🤷

Rule Number One of Avoiding a Witch Hunt: Don't be a witch.

You do realize how much shit you and the fam are in, right?

Poor dada. What a victim pic.twitter.com/2iPIcsuI6I

French actor Gerard Depardieu has been charged with rape and sexual assault allegedly committed in 2018 against an actress in her 20s, a judicial source told AFP on Tuesday.An initial investigation into the rape accusations against Depardieu, 72, was dropped in 2019 for lack of evidence but reopened last summer, leading to criminal charges filed in December, the source said.

The actress accuses Depardieu of having raped and assaulted her at his Parisian home in August 2018.

Depardieu's lawyer, Herve Temime, told AFP that the actor, who is free but under judicial supervision, \"completely rejects the accusations\".

According to a source close to the case, Depardieu is a friend of the actress's family.

Some reports have suggested Depardieu and the actress were rehearsing a scene of a theatre play, but the source said \"there was nothing professional about the encounter\".

The woman's lawyer, Elodie Tuaillon-Hibon, told AFP that she hoped her client's \"private sphere will be respected\" as the case unfolds.

Bitcoin tumbled Tuesday from its record-breaking run after US Treasury Secretary Janet Yellen warned that the \"highly speculative\" unit could be used for \"illicit\" purposes.At about 1500 GMT, the digital currency slid 12.57 percent to $47,946, while rival ethereum declined 15 percent to $1,539.

Tesla boss Elon Musk -- whose company has invested heavily in bitcoin -- tweeted Saturday that the prices of both cryptocurrencies \"seem high\".

Yellen hit out Monday over bitcoin, claiming it was inefficient and required a vast amount of energy -- and she expressed fear it was used for \"illicit\" reasons.

\"I don't think that bitcoin... is widely used as a transaction mechanism. To the extent it's used, I fear it's often for illicit finance,\" she said at an event hosted by the New York Times.

\"It's an extremely inefficient way of conducting transactions. And the amount of energy that's consumed in processing those transactions is staggering.

\"But it is a highly speculative asset, and I think people should beware. It can be extremely volatile, and I do worry about potential losses that investors in it could suffer.\"

Tuesday's slump came after bitcoin had blazed a record-breaking trail to peak at $58,350 on Sunday.

The total value of all bitcoin had surpassed $1.0 trillion on Friday.

One week ago, bitcoin blasted past $50,000 after Musk's electric carmaker Tesla revealed it had invested $1.5 billion in the unit. 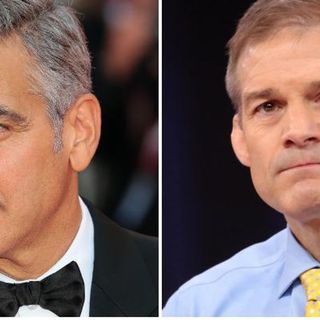 Sky Palma
in
rawstory.com
Published: February 22, 2021  |  7 min read, 1469 words
--(Shutterstock/Gage Skidmore-Flickr)The decades-long abuse scandal in the athletic department at Ohio State University will be chronicled in a docuseries produced by George Clooney and Grant Heslov's Smokehouse Pictures, according to the Hollywood Reporter. The series is based o...
Read more