The origin of life on Earth is one of the most complex puzzles facing scientists. It involves not only identifying the numerous chemical reactions that must take place to create a replicating organism, but also finding realistic sources for the ingredients needed for each of the reactions.One particular problem that has long faced scientists who study the origin of life is the source of the elusive element, phosphorus. Phosphorus is an important element for basic cell structures and functions. For example, it forms the backbone of the double helix structure of DNA and the related molecule RNA.Though the element was widespread, almost all phosphorus on the early Earth – around 4 billion years ago – was trapped in minerals that were essentially insoluble and unreactive. This means the phosphorus, while present in principle, was not available to make the compounds needed for life. , we show lightning strikes would have provided a widespread source of phosphorus. This means lightning strikes may have helped spark life on Earth, and may be continuing to help life start on other Earth-like planets.One potential source of phosphorus on the early Earth is the unusual mineral schreibersite, which is found in . Experiments have shown that , creating aqueous phosphorus which can react and form a variety of organic molecules important for life. Examples include , the building blocks of DNA and RNA, and , a precursor to the lipid molecules that make up the cell membrane.But there's another potential source for schreibersite. While studying a glass structure created by a lightning strike called a fulgurite, we found a substantial amount of the unusual phosphorus mineral inside the glass.If lightning strikes created a large amount of schreibersite, and other reactive phosphorus minerals, then lightning could be an alternate source of the reactive phosphorus needed for life. To determine if this was the case, we estimated the amount of phosphorus made available by lightning strikes from 4.5 billion years ago, when the Earth formed, to 3.5 billion years ago when we have the earliest fossil evidence of life.To do this, we needed to estimate three things: the number of fulgurites formed each year; how much phosphorus was in the rocks on early Earth; and how much of that phosphorus is turned into usable phosphorus, by the lightning strikes. Fulgurites form when lightning strikes the ground, so first we needed to know how much lightning there was. To determine the amount of lightning, we looked at estimates of the amount of CO₂ in the atmosphere on early Earth and estimates of how much lightning there would be on Earth for different amounts of CO₂. The CO₂ in the atmosphere can be used to estimate global temperature, which is a key factor in controlling the frequency of thunderstorms.

Read more:Phosphorus is vital for life on Earth – and we're running low

Now that Donald Trump is out of office and no longer enjoys presidential immunity, he faces numerous . According to legal experts and former agents speaking to Business Insider, Secret Service agents who served during his tenure could be hauled unto court to testify against him. As Insider points out, there's no legal privilege that prevents Secret Service agents from testifying about potential criminal behavior or the abuse of power that they might have witnessed while on the job.

But many former and current agents don't like the idea of being subpoenaed.

\"That is a very, very slippery slope to go down as far as the Secret Service is concerned,\" said former Secret Service agent Joe Funk, who served under George W. Bush and Bill Clinton.

\"In order for us to do our job, we need to be close to the president in some capacity,\" Funk said. \"And the president — and rightfully so — is going to be very concerned about that proximity in vehicles, especially if agents are privy to conversations\" that they may be forced to recount at a later date.

Even some who have been critical of Trump are wary of agents being called to testify. The deputy director of the nonpartisan watchdog group Citizens for Responsibility and Ethics in Washington, Donald Sherman, said that while there's no telling \"what kind of illegal or unethical activity the Trump family has engaged in,\" forcing agents to testify against a former president is \"incredibly risky and shouldn't be considered or pursued without the utmost caution and consideration of the potential benefits.\"

\"We shouldn't let the Trump family's gross abuse of power lead us down a road that undermines the Secret Service's role and function, which is critical to our democracy,\" Sherman said. \"You're creating a risk that presidents or their family will duck or voluntarily shoo Secret Service protection that's there for a reason.\"

Read the full report over at Insider. 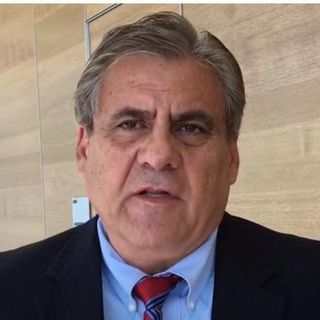 Sky Palma
in
rawstory.com
Published: March 17, 2021  |  8 min read, 1552 words
--(Screenshot via YouTube.com)The death of a longtime Ohio lobbyist who was charged in a nearly $61 million bribery scheme is being investigated by authorities after a passerby found him in a car in a wooded area this Monday. According to , Neil S. Clark, 67, was found with a han...
Read more